Anne-Marie Giroux makes no secret of her time spent in the world of dance. Her current paintings bear this mark. The fertile instruction she retains allows her to consider each painting as a microcosm of impressions, sensations, colors, forms and visual proposals. The work does not have to be read as the Darwinist result of the previous one, but, each time, as a « new stage ». So there is a taboo, the issue of unity, which is broken. Which means that her works do not tend to look like the previous or next one. Rather, they appear as a decision, a new real focus, a full-blown step. Each canvas would thus serve in this way as a device allowing her to visually communicate her ideas. One thinks, of course, of a choreography with gestures and movements that combine with the music or the sets in order to translate different objectives from one show to another. When considered in this way, each painting by Giroux is a new project. At the same time, her work, where other media come in, cannot only be defined exclusively by painting.

The DRIFT series (2014 – 2018) displays a universe that is both ironic and chaotic in order to hamper our view. A recurring crystal form crushes markers and still frames which buckle and become brittle. Elsewhere, the effigy of a disturbing leftover head appears to pervade the painting. A scary dimension, not devoid of humor, is established. Other three-dimensional pieces, closer to installation, include the remains of a strange still life with fossilized accessories. The effect is once more, no doubt, of slippage. 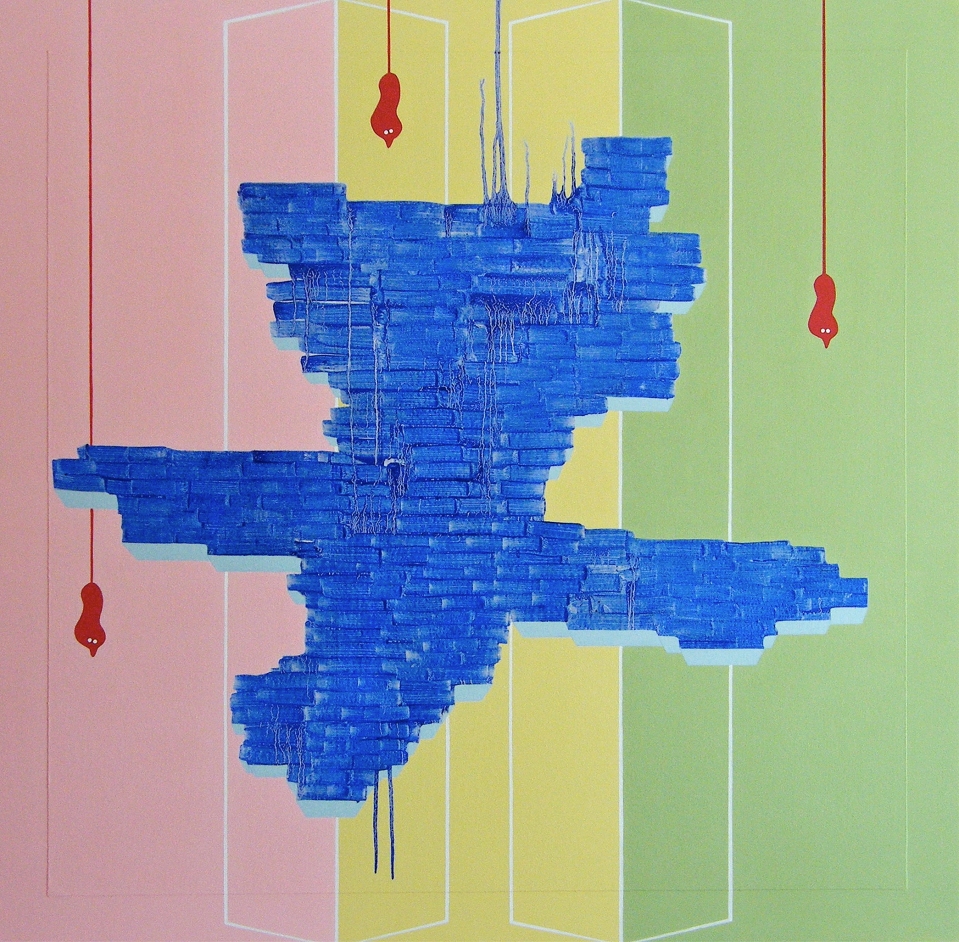 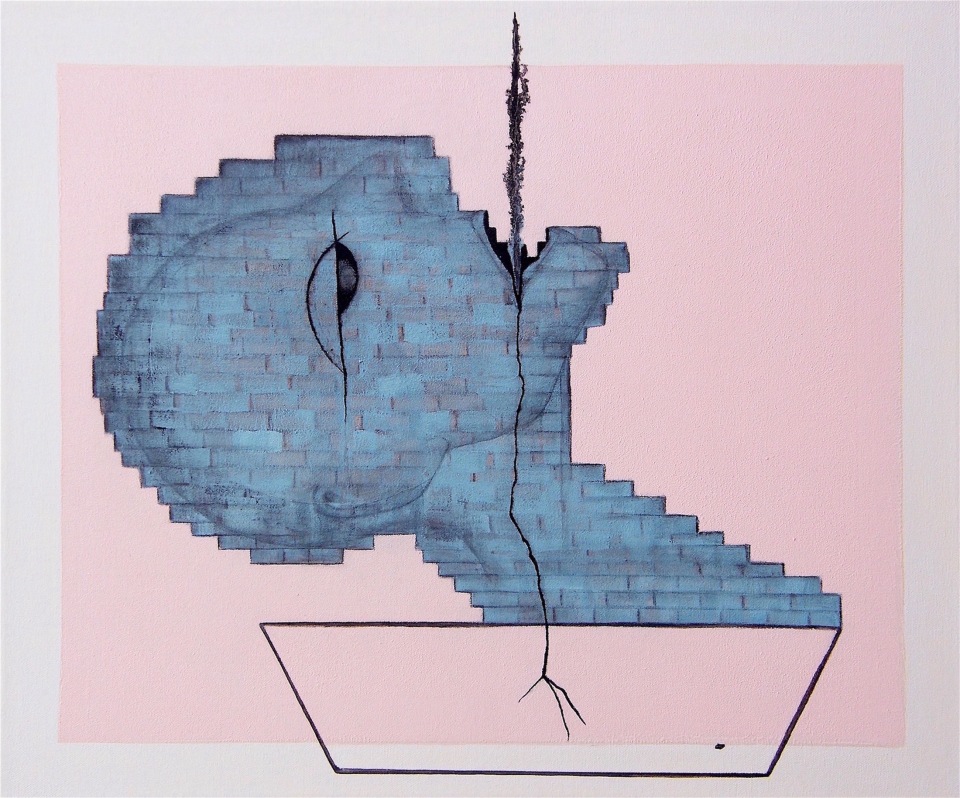 The DRIFTING series (2017 – 2018), proposes a sardonic examination where Anne-Marie Giroux intersects, gathers sources, and cross-references, in a novel way. Playing yet again on strangeness, paintings and objects work as a fissure. Grotesque in their way, the pieces in this series shape other ways of inhabiting and reflecting the world of art. They do this by resorting to a somewhat « queer » rhetoric. A paintbrush squeezes between the gaps of a half color field, half hard edge painting.

In another painting, a bird of prey throws a scavenging glance at the mummified self- portrait of its perpetrator. Being an artist? Making art? And painting? For what purpose? This might be what these paintings, these constructions, at once Dadaist and poetic, could be asking. Notably in the echoes of Duchamp and Ed Ruscha. By multiplying in “the style of”, Anne-Marie Giroux weaves references to look into the future « elsewhere ». This appropriation allows a scrambling from an artistic endeavour that is made with an invigorating humour. 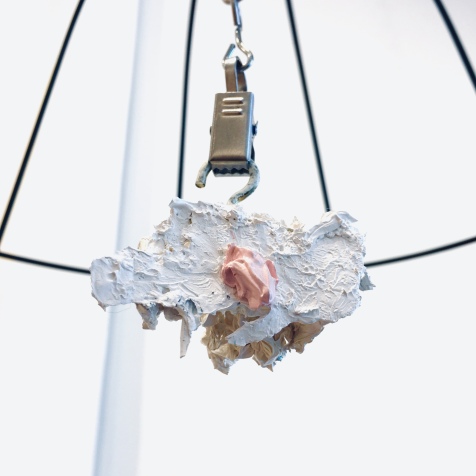 Translated from French by Philip Szporer